I returned to my broadcasting life at WBBM during a time when the station, in fact all of CBS radio, was in transition. They had decided to move from the long established “entertainment" policy to one of current events and information, the beginning of “Talk Radio." This meant interviews with anyone and everyone who was newsworthy. I made the adjustment. I was on the air for major blocks of time, and since I always talked openly to the listeners about my life and things we did, the subject of our “Roots Trip" was discussed. Chicago has always been quite an Irish town. Borde Failte, the Irish Tourist Board, had its headquarters in Chicago. AerLingus flew in and out of O’Hare International on a regular schedule. The Irish people, as George Bernard Shaw once wrote, “are a people of great words and thoughts, a vocal people." Irish politicians, chefs, hotel owners, travel experts and musicians would eventually meet me across the microphone to get the 50,000 watt exposure they sought.

These fascinating individuals along with the writers, Hollywood and New York actors, athletes, local and national figures, provided my show an infinite number of guests. The soil was rich and my producer, a lady named Lynne Pierce, plowed the soil. These were the tumultuous 60’s and we were involved in all the controversies of the decade.

My interest in Scotland and Ireland deepened. I became a member of the Illinois St. Andrews Society and was asked to MC an annual Feast of the Haggis. This presented Jo and me with the opportunity to try out the Scottish wardrobe we brought home from Pitlockry. We also found ourselves being invited to all the social events that had anything to do with Ireland. This was a learning time for us. The Irish do give wonderful parties. Our appreciation for Ireland was growing.

One night I came home from work and Jo said, “I just saw the most exciting group on the Arthur Godfrey Show and they’re called The Clancy Brothers and Tommy Makem. They have just come to this country." Soon after this, the group came to Chicago to perform and were booked for my show. We talked, played their music, and I remember saying to each one in turn, “Tell me about your favorite place in Ireland." What came out gave me goosebumps. The pictures they spontaneously painted were brilliant. I still have a tape of that appearance way back in the 60’s from their first time in Chicago, ours became a friendship that exists to this day. As I look back, their music and personalities were a dominant factor in establishing my dedication to Ireland. 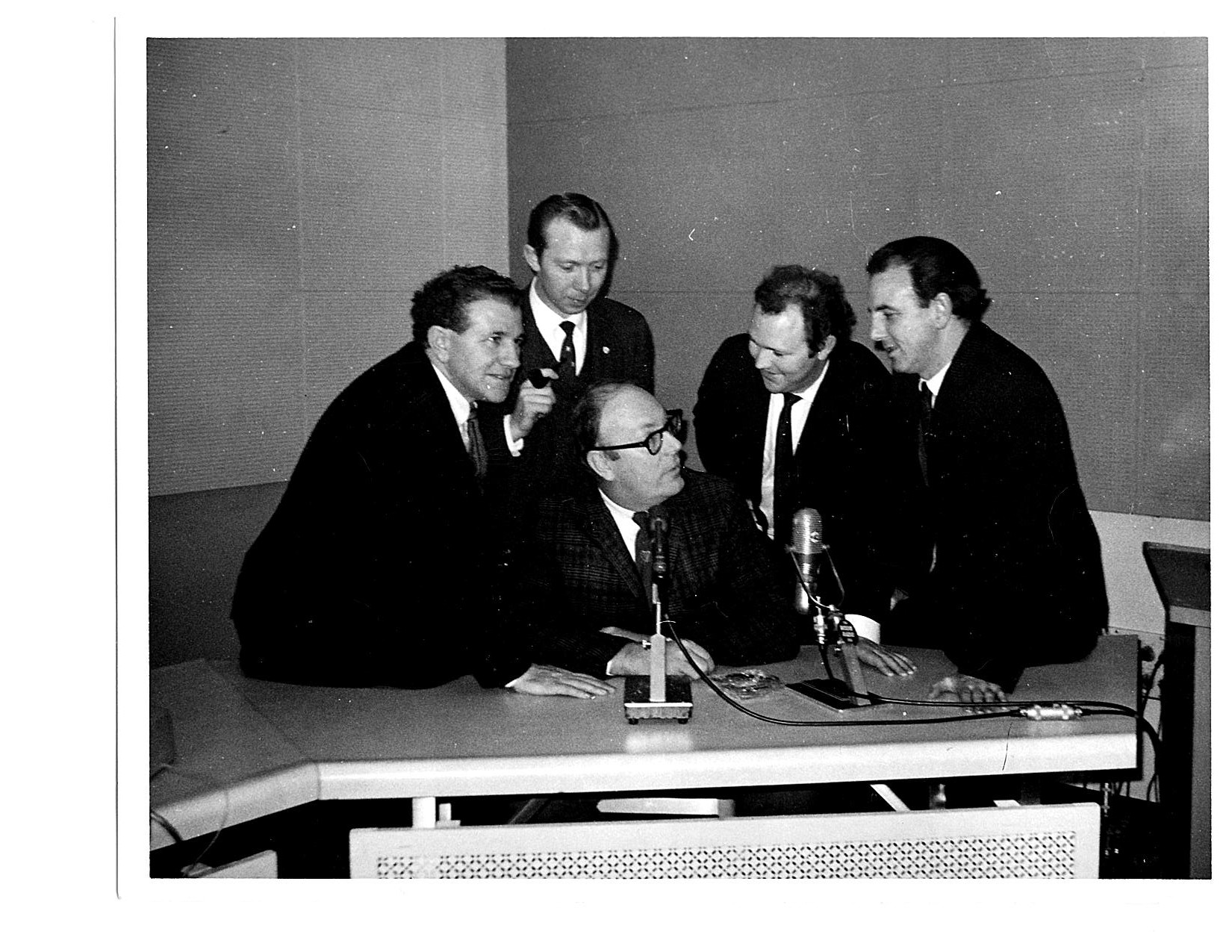 I had never been impressed with the stage Irishness of Barry Fitzgerald or the tin pan alley songs like, “Does Your Mother Come from Ireland?," all the Too-ra, Loo-ra, Loora, soupy sentimentality or the really corny “MacNamaras Band." Coming from the Clancy Brothers I heard something else, the songs of a nation dominated by foreign interests for a thousand years, starting with the Vikings, the Normans and then 800 years of British rule. I began to hear the songs of anger, frustration, love of country, horrible tragedy, and through it all a stubborn, devilish sense of humor that is so uniquely Irish.

By now, I was reading Irish writers and studying Irish history. We were now making personal friends with the Chicago Irish, entertaining them socially in our home and being entertained in theirs.

This we call the ripening period. As I looked back into the early years of Ireland it was obvious that the church created the only records because the monks could write. The Book of Kells and the Book of Armagh are priceless, but even in their biblical work, these monks were flesh and bone. They knew hunger and fear and cold and sometimes left little comments in the margins of the pages they were writing. Here are several.

“A dinnerless Tuesday is a cold thing,
and immediately before Christmas too." *****

Fierce and wild is the wind tonight.
It tosses the tresses of the sea to white
On such a night as this I take my ease,
Fierce Norsemen only course the quiet seas. *****

I and Pangur Ban my cat,
Tis a like task we are at.
Hunting mice is his delight
Hunting words I sit all night.
*****

The earliest name for Ireland was
TIR-NA-OG, which means the land of eternal youth —
the world of life everlasting,
the world for which the Irish Celt
most yearned.
*****
The Romans ventured as far as England and when discussing the island lying to the west of England used a Latin name Hibernia Insula Sanctorum et Dictum — Ireland, Land of Saints and Scholars.
*****
A Greek geographer 1st Century B.C.: “At any time or place you will
find them ready to face danger,
even if they have nothing on their side
but their own strength and courage."
*****
An unknown historian wrote: Celtic heritage is no mean tradition.
They have beauty in decorative art and lyric poetry,
imagination in literature, devotion to ideals rather than to material gain.
They have vitality and a will to survive and courage in battle.
*****

It seems to me that somewhere beneath the skin of every Irishman is a poet waiting to emerge. Go back to the earliest writing and there lurks the talent for expression.

IRELAND’S OLDEST KNOWN POEM …
I am the wind which breathes upon the sea
I am the wave of the ocean
I am the vulture of the rocks
I am the beam of the sun
I am the fairest of the plants
I am a wild boar in valour
I am a salmon in the water
I am a lake in the plain
I am the point of a lance in battle
I am the God who creates in the head
The Fire.
*****
We are the Music Makers
And we are dreamers of dreams.
Wandering by lone sea breakers
And sitting by desolate streams
World losers and world forsakers
On whom the pale moon gleams
Yet we are the movers and shakers
Of the world forever it seems.
*****
Out of the mist of Ireland’s past these are just two of the little gems that helped me come to grips with the Irish gift for words.